Начало » Pakrac is a small town full of good people, rich in facilities, both for locals and tourists

Pakrac is a small town full of good people, rich in facilities, both for locals and tourists 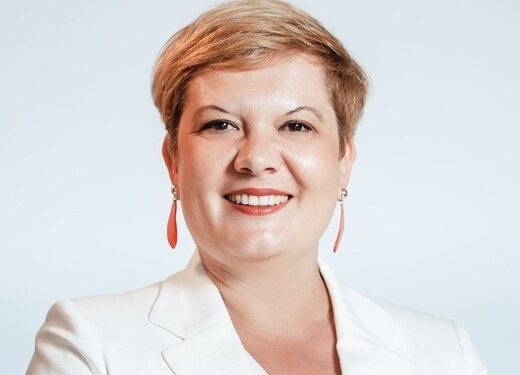 In February 2016, Anamarija Blažević took the position of Acting Mayor of the City of Pakrac. At the 2017 local elections, Mrs Blažević was elected mayor of the municipality. She has also been a member of parliament in the Croatian Parliament since July 2020.

Pakrac is a small municipality located in western Slavonia, in Požega-Slavonia County. It has 42 settlements and about 8 thousand inhabitants.

Although seemingly small, Pakrac has a rich history dating back to the Late Stone Age, from which period the oldest archaeological finds originate. Archaeological excavations are still carried out today to reveal the entire history of the former old town. Pakrac boasts being the place of the Banovac – the first Croatian coin minted approximately between 1235 to 1384. In 1256, Pakrac had the privilege of minting money and it is considered to be the first mint in Croatia.

The banovac coin is a silver coin with an image of a marten on one side and a double cross with two crowned heads on the reverse. It was the most beautiful and most valued of all Croatian coins and accepted as a stable means of payment outside the area for which it was originally intended, and today’s currency in Croatia is called the Kuna (Croatian for marten). 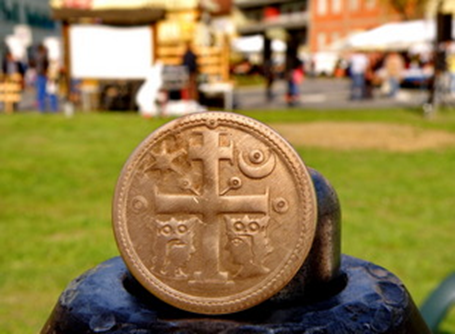 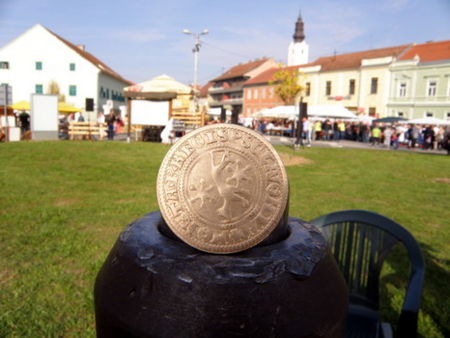 Slavonski Banovac coin – front and back. Photos by Pakrac Municipality

In honour of this historical fact that we are proud of, every year we organize the”Slavonski banovac” fair. Unfortunately, Pakrac is known to many for the suffering in the Homeland War and as a place where the Homeland War began with the attack of Slavonian Serbs on the Pakrac Police Station on 1 March 1991. But above all, Pakrac is known as a small town full of good people, rich in facilities, both for locals and tourists.

You have been the mayor of Pakrac since 2016. What are the main achievements and initiatives completed during this period?

I have been the mayor since 2016, and in 2013-2016 I was also the deputy mayor. During all this time, I have had the opportunity to hear and see the needs of our citizens and to do the work needed to address them.

Although many things have been achieved that I am extremely proud of, as some of the main achievements and initiatives since 2016 I would certainly highlight the renovated and energy-efficient facades of almost all residential buildings in Pakrac. Others are: improving the infrastructural conditions of kindergartens, improving the services, the infrastructural arrangement of the central town square, and certainly achieving progress on the implementation of the long-awaited agglomeration of Pakrac. 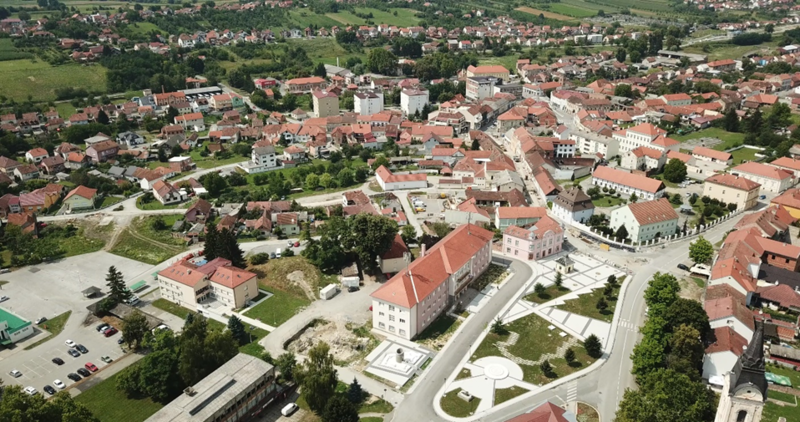 What policies and projects are you implementing and planning with the aim of encouraging young people to stay in Pakrac?

We are aware of the problem of young people leaving all parts of Croatia to go abroad, including Pakrac and the surrounding area, and we are aware that as local government actors we must take concrete measures to encourage young people to stay here. I always say that a city is made up of people and I believe that investing in people, especially young people, is the most profitable and most concrete investment.

Therefore, we have improved the infrastructural conditions, but also the services of our kindergartens. The development of existing and the improvement of new and additional programs and projects includes a larger number of children in early and preschool education programs and ensures equal opportunities for all children, regardless of socio-economic status and place of residence.

By adjusting the work of the kindergartens until 9 pm and introducing the afternoon shift, we have adapted to the working hours of the parents and thus enabled the harmonization of business and family life, which is certainly important. I point out this example because we have a special commitment to the youngest ones, on whom the world truly rests. 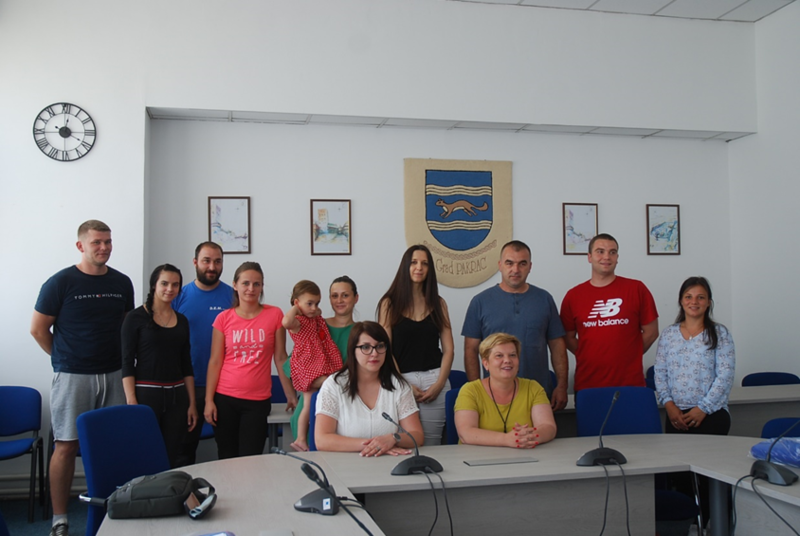 The Mayor of Pakrac at the first financial award ceremony for young families, June 2020

In 2020, since this assistance was first introduced, HRK 250 000.00 have been allocated from the budget, and the amount has been almost used to date, meaning 21 young families from the town of Pakrac have received financial assistance. This indicates the justification of such a program, but also the desire and willingness of young people to build and create their lives here.

At the same time, you are working on different capacity building activities and trying to improve the quality of preschool care services. Please share more about these good practices.

As I mentioned earlier, we put the youngest and their families first, because we are aware that the stay of young people in Pakrac brings with it the issue of care and attention for their children. We cannot expect to encourage young people to stay here if their children do not receive guaranteed quality services and care from an early age because as a parent myself I understand the importance of such services.

Through the project “Dandelion fulfils wishes” financed with 2 685 362.95 kunas, 100% of which from the European Social Fund, the work of the kindergarten was adjusted to the working hours of parents and an evening shift until 9 pm was introduced. 20 children benefited from the shift work of the kindergarten. This employs two full-time educators, cleaners and part-time cooks, and full-time professionals (speech therapist and pedagogue). 26 experts participated in training (linguistic education, puppetry education, the inclusion of children with disabilities, creating an intercultural environment in kindergartens and education for diversity, and support in fostering good children’s behaviour). 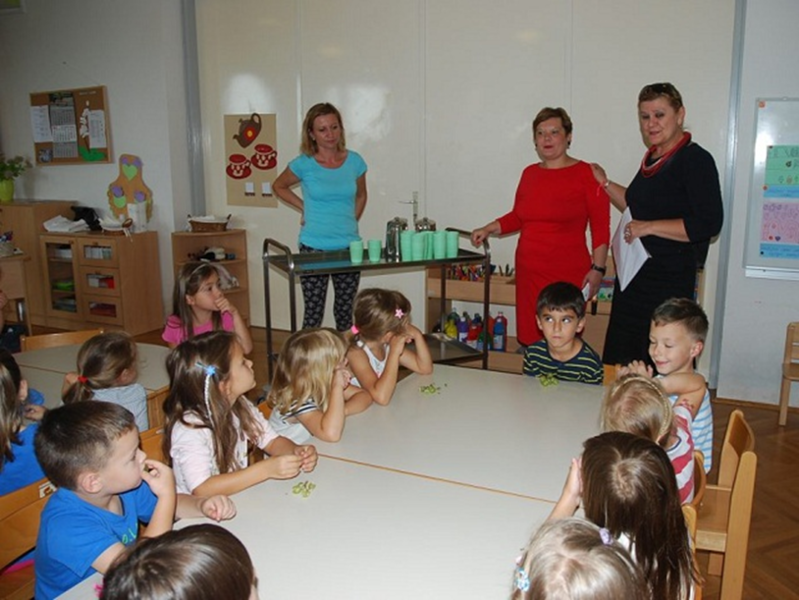 The Mayor of Pakrac visits the Maslačak Kindergarten

In order for all these services to take place in quality infrastructure facilities, we renovated kindergartens through the approved funds of the Ministry of Demography, Family, Youth and Social Policy with the amount of HRK 750 000.00, with the City Hall of Pakrac adding another HRK 370 000.00 for the total value of work performed in kindergarten facilities totalling more than one million kuna. New carpentry was installed at the regional kindergarten in Prekopakra as well as a new heating system, along with thermal insulation of its attic and basement, meaning that the entire kindergarten was completely renovated.

The sanitary facilities in the main kindergarten have been changed, a new fence has been set up, the parking lot at the front has been arranged, canopies have been installed and a children’s playground has been fixed. Video surveillance was also installed in both facilities.

Modifications of the ground plan were also carried out, such as the addition of another living room used by children in the afternoon shift. This was in response to the need for additional space capacity, which will adhere to the pedagogical standard for the nursery age.

We have just started the implementation of the project of reconstruction of the space for the purpose of opening a Catholic kindergarten in Pakrac, which is a completely new type of educational institution in our city. What makes us most happy is the need to increase the number of groups and spaces in kindergartens because there are more children, there are more young people and that is why the value of such projects cannot be measured in numbers.

Share other good examples and sustainable projects coming from Pakrac. How do you finance them?

Most of the projects we have implemented were financed by European Union funds, but also by our national ministries. In the past 2019 alone, works and services worth over HRK 53 million were carried out in the Pakrac area, projects worth almost HRK 264 million were contracted, and projects worth HRK 196 million were prepared and planned through the preparation of documentation.

The work of all institutions and companies operating in the area of ​​the municipality is included here. We invest in the preparation of documentation and prepare for some of the projects for years because we know that a good quality and a sustainable project cannot be created quickly, it requires time, patience, good preparation and organization. 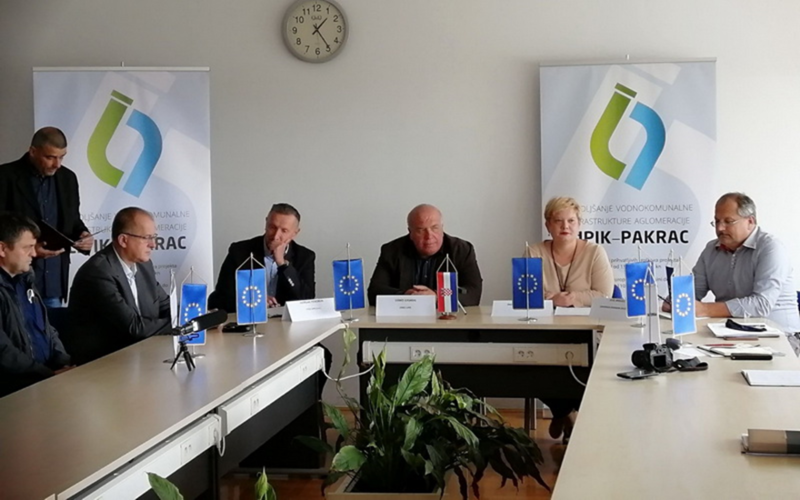 The Mayor of Pakrac at the presentation of the project Agglomeration Pakrac-Lipik, October 2020

An example of such a project is the project that is currently being implemented, and that is the Pakrac-Lipik Agglomeration. The works include the reconstruction, upgrade and expansion of the water supply system.

The project has been prepared at various levels – local and state – for 10 years now. For instance, only the process of selecting contractors through an international tender with complaints and cancellations lasted 15 months. The total value of the project, including VAT, is around HRK 225 million, of which Pakrac and Lipik participate through co-financing with around 4% of the total, while other funds are provided mostly through EU (72%), the Croatian Ministry of Environmental Protection and Energy and Hrvatske vode (together about 24%, for which money a contract was signed in December 2017).

This amount is by far the largest single investment after the war in the area of ​​Pakrac and Lipik. I am also proud of the project “World of Graševina (Spahijski podrum, Museum of Bećar) branding” which plans to finance the destination “World of Graševina” which combines the construction and equipment of the “Interpretation Center of the Museum of Bećar” in Pleternica, and the reconstruction and equipment of a building that dates back to the 18th century and is a protected cultural asset – the “Spahi Cellar”. The total value of the project is HRK 65 772 029.98, and the European Regional Development Fund contributes 85% of it.

I must also mention the project “Center for the provision of accommodation and social care services”, which is planned on the site of the old psychiatric hospital, for which the Ministry of Regional Development and European Union have pitched in 500 000.00 HRK for a project worth 690 000.00 HRK overall. This will see the reconstruction of the facility into a centre that will provide care for the vulnerable groups of society.

We are currently in the process of preparing documentation for the reconstruction of the old First Public Royal National Hospital, which we will finance with ESI funds for the amount of HRK 1 955 000.00 (the full amount of the project being HRK 2 300 000.00). We will also prepare the basis for the establishment of the Medical Center for Education, Research and Health Tourism in Pakrac, and I am sure that in time this project will become an example of a good practice from our town.

What are your thoughts on TheMayor.EU portal as a unifying platform for Europe’s municipalities and how can it be useful to you and your citizens?

A portal like TheMayor.EU is an excellent source of information for all of us who are mayors of cities and municipalities across Europe because by exchanging experiences and practices from our work we can help each other design future projects and implement existing ones. Perhaps even more useful is that all citizens of Europe can see what we do at the local level and get involved in giving ideas and suggestions to take joint steps in improving the whole community. I support this platform and I am extremely proud that people from all over Europe will hear about Pakrac in this way, and this portal serves to promote our valuable work.

How would you like Pakrac to look at the end of your term?

I would like Pakrac to have as few traces from the Homeland War as possible at the end of my term, and I would like the people who live in it to have a town worthy of the life they deserve, both in terms of infrastructure and services. I would like to see even more visitors and tourists come to Pakrac, something that what we are already noticing. I have already said that the city is made up of people, and everything I do, I do for all of us who live in this city and who live for it. 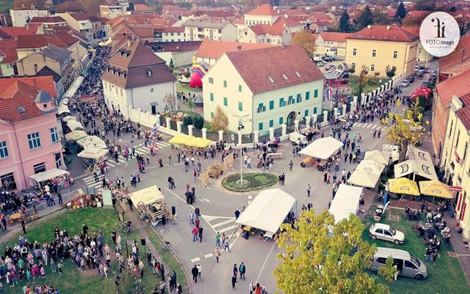 The Slavonski Banovac Fair is one of the reasons for visitors to come from all over Croatia, and also from abroad

To find out more about Pakrac, visit the profile of the town. 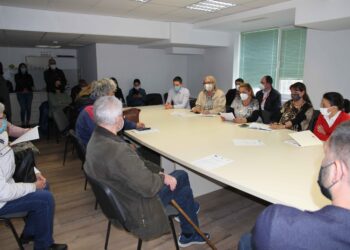