Начало » Seville City Council to eradicate vestiges of authoritarian past

Seville City Council to eradicate vestiges of authoritarian past 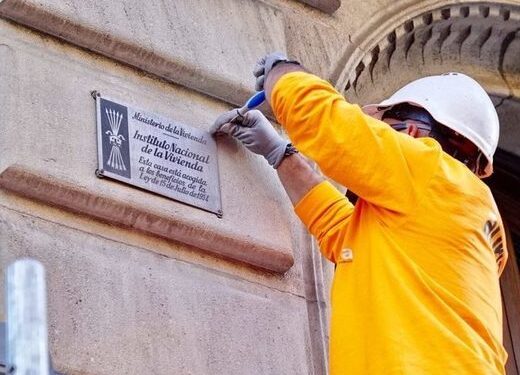 Back in 2017, the Andalusian Government adopted the Historical and Democratic Memory Law which is the platform used to redress the injustices committed during the period of rule of the Spanish dictator Francisco Franco (1939-1975). Part of the legislation ensures that monuments from that era will be removed due to their controversial nature and assuring reconciliation.

The Seville City Council has estimated that some 190 residential buildings still contain Francoist plaques on their facades, which is why it sent letters to their homeowners’ associations to take steps to remove them given that this is now required by law. The local government has also provided the option to cover the costs of removal if owners expressly request it.

The City Council of the Andalusian capital has already been busy removing many such vestiges of the authoritarian regime from public places; however, it was found out that there is still a considerable amount of these left. This became clear after an analysis was carried out by a non-profit association, which took stock of all such plaques and symbols left in the city.

It was then decided that the owners of the residential buildings will be sent a formal letter informing them of the need to comply with the Democratic Memory Law and remove such symbols wherever those might be publicly seen. Owners, however, can fill an authorization form and send it to the City Hall requesting municipal help and resources for the removal.

Once taken off, the plaques will be stored and then exhibited at the planned Museum of Democratic Memory that the government has decided will be located on the premises of the old Ranilla prison.